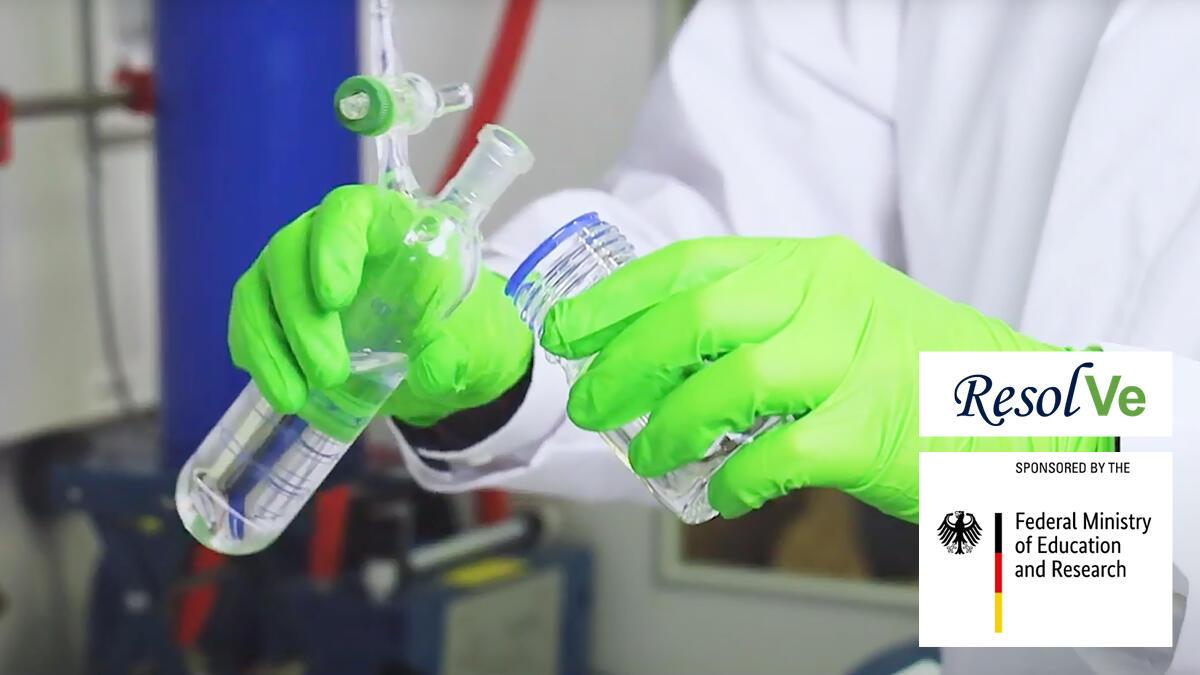 Polystyrene shows a benign behavior when it comes to returning the material to its initial components. The material can depolymerize almost as easily as it was initially polymerised. The R&D cooperation project “ResolVe” focused on exploring the depolymerisation of polystyrene, i.e. a special advanced recycling technology. The project, which ran from August 1, 2018 until July 31, 2020, was funded by the German Ministry of Education and Research under the programme “Plastic in the environment - sources, sinks, solutions“.

The aim of the project was the industrial use of polystyrene waste as a feedstock for new, high-quality polymer products. Compared to the state-of-the-art thermal utilisation or mechanical recycling that typically ends up in a so-called „downcycling“ of plastic waste, the target was to create a real closed loop.

With this recycling technology known as depolymerisation, polystyrene waste was decomposed into its building blocks. The separated and purified styrene monomers could then be used again as raw material in the polymerisation process. Thus, high-quality polystyrene can be made from waste.

In this project, we partnered with RWTH Aachen (I.A.R., Department of Processing and Recycling, and IKV, Institute of Plastics Processing), Neue Materialien Bayreuth GmbH and INEOS Köln GmbH.

The project led to significant breakthroughs, most importantly the first production (at lab scale) of virgin polystyrene from previously depolymerised polystyrene from waste. The results of the project also supported plans for building depolymerisation plants at industrial scale leading to a circular economy of polystyrene.

Recycling polystyrene through depolymerisation - follow the journey of a yoghurt cup