and its bright
future in a
circular economy

Styrenics polymers are an indispensable part of our lives today. They are the material of choice in a wide range of industries including automotive, healthcare, household, electronics, construction, packaging and toys/ sports/ leisure.

Being lightweight and durable, styrenics help reduce the weight of cars resulting in reduced fuel use. It helps insulate our homes resulting in less energy consumption. It is a great choice for food packaging as it helps reduce the amount of food being wasted, keeping it fresher and safer.

Styrenics materials are used to make life-saving applications in the healthcare industry, a fact that became evident during the COVID-19 pandemic with detection kits, respiratory devices, safety goggles and face shields all benefiting from styrenics’ properties.

How an accidental invention
became a global bestseller

1839
Polystyrene was first discovered as early as 1839 by German pharmacist Eduard Simon by isolating a substance from the bark of a styrax tree that he called styrene (German: Styrol). He noticed that the new substance did not evaporate when heated, but thickened into a jelly. He called the new material styrene oxide (German: Styroloxid), not knowing he witnesses the first polymerisation rather than an oxidation.


The rise of styrenics materials started a century later, after Hermann Staudinger had explained the principle of polymerisation (Nobel prize in 1953). First ideas for the industrial production of polystyrene were shared.

The road to the production of polystyrene was paved in the years 1929 and 1930.

1931
In 1931, initial challenges were overcome with the first ready-to-use polystyrene – or: “Polystyrene II”, as it was initially called – produced by degassing volatile components in vacuum3. Later enhancements of the production process resulted in improved material at a higher degree of polymerisation: “Polystyrene III” and “Polystyrene IV”.

In 1931, the global demand for polystyrene was served by a single production site Ludwigshafen, Germany. Today, 90 years later, INEOS Styrolution, the global leader in styrenics, continues to produce styrenics in Ludwigshafen while managing a range of sites producing polystyrene across all three global regions, EMEA, APAC and the Americas.

Today, we are aware of styrenics polymers being part of the challenge we face with increased plastics waste and related pollution. At INEOS Styrolution, post-consumer waste is considered a valuable resource rather than waste. Together with a number of leading technology providers, INEOS Styrolution is addressing the challenge of moving towards a circular economy and recycling polystyrene, thus reducing plastic waste.

When exploring the recyclability of polystyrene, we were able to confirm that it is indeed made for recycling. It can be recycled via a range of technologies, thus allowing us to take the “single” out of “single use”.

As part of a pledge by the INEOS Group, INEOS Styrolution has committed to use, on average, 30% recycled content in products destined for polystyrene packaging in Europe, contribute to incorporating at least 325 k tonnes per year of recycled INEOS material into products and ensure 100% of polymer products can be recycled by 2025.

The future of Polystyrene
has already begun

According to latest developments, mechanically recycled polystyrene even promises to allow for food contact, bringing the material into a league of its own.

INEOS Styrolution plays a leading role in driving the depolymerisation process forward. The company has built up a significant intellectual property related to the recycling of styrenics as documented in a range of fundamental patents.

In parallel, the company is addressing the challenge moving the technology from labscale to commercial scale resulting in a range of benefits from reducing waste to reducing the ecological footprint with less GHG emissions during the production process compared to producing virgin polystyrene from naphtha. 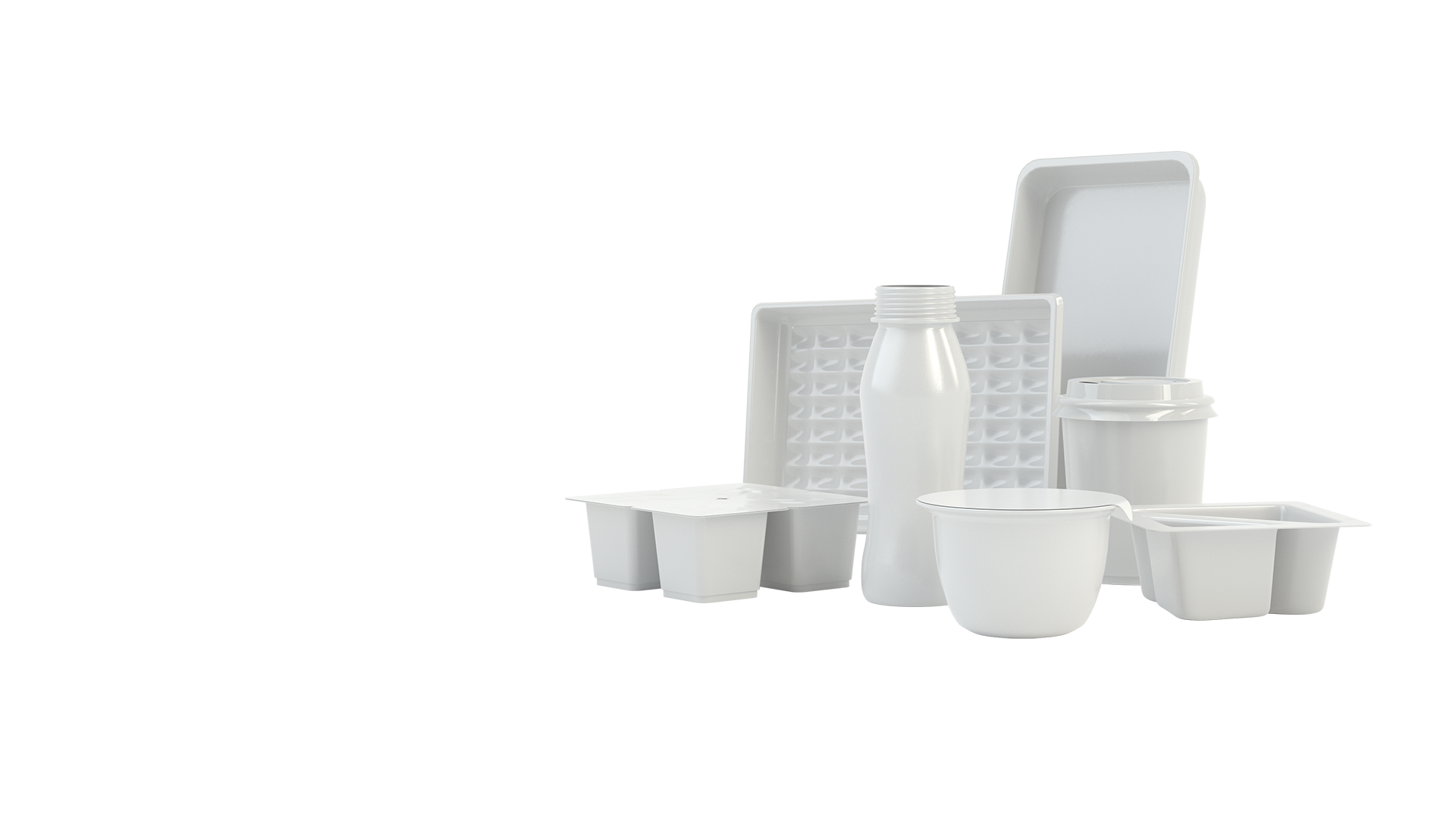 Recycled polystyrene:
a lightweight material with a
lighter footprint

For almost a century, polystyrene has enhanced our lives and it is ready to serve us for centuries to come. It is made for recycling like no other, being one of the best sortable plastics in the waste stream and it shows very promising results in first life cycle assessments. First calculations predict a 50% lower carbon footprint than that of traditional virgin (fossil-based) styrene monomer production.

We are a global force in styrenics manufacturing determined to reshape our industry for the future. We strive to guarantee the benefits of styrenic products with a minimal environmental footprint.

Learn more about our ECO solutions